Sunny Flare is a one of main protagonists in Equestria Girls Alternative Universe series, she replaces Rarity in this universe and she is a good character.

Sunny Flare is very generous, as she loves fashion and always wants to make her friends fabulous with her styles. She can sometimes be insecure and gets angry when someone steals her idea as Rarity, who in this universe is her archenemy and rival.

Sunny Flare in the fanon series, she maintains her same personality as she has in the alternative universe, but only in the Fanon series she is not as obsessed with fashion as she is in the alternative universe. She still loves fashion and creating and designing clothes, however she enjoys spending more time with her friends than designing and creating clothes. 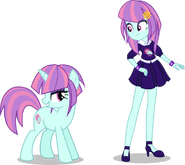 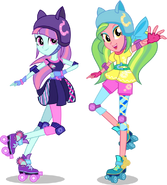 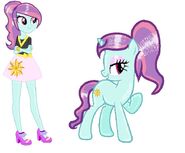 Sunny Flare, in Legend of Everfree. 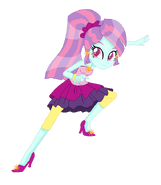 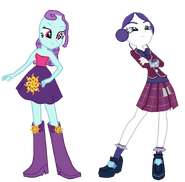 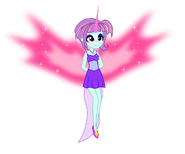 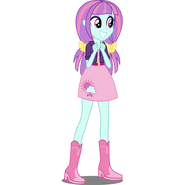 Add a photo to this gallery
Retrieved from "https://all-female-characters.fandom.com/wiki/Sunny_Flare_(Alternative_Universe)?oldid=5157"
Community content is available under CC-BY-SA unless otherwise noted.