Queen Bee is the superheroine identity of Chloé Bourgeois.

As Queen Bee, she is proud of her abilities and wanted to prove herself to her mother by causing a subway train to go at dangerous speeds to save it so the civilians will be grateful towards her. She didn't care about hiding her superhero identity in the process, revealing Pollen to the public and transforming in front of everyone. She wants to be a famous, well-known, and well-liked hero just like Ladybug, so she called Nadja Chamack to film her saving the subway train. However, after a talk with Ladybug, she tearfully reveals that she is aware that no one in her class really likes her and feels useless. When given the Bee Miraculous by Ladybug, she heroically helps her defeat the titular villain and gives back the Miraculous without hesitation. Afterward, she slowly attempts to be a better person by cleaning up her own lair instead of having her butler do it. She was happy that everyone at school threw her a party in honor of her saving Paris.

Similar to Cat Noir, Queen Bee has a bit of a habit of leaping before she looks, meaning she is hasty or quick to act. This was seen when she quickly apologized to her father instead of listening to Ladybug's plan first and when she was eager to fight against Scarlet Moth's akumatized army. 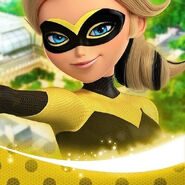 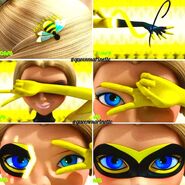 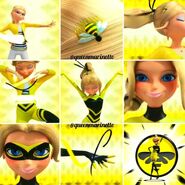 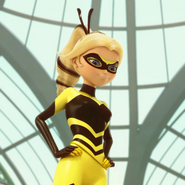 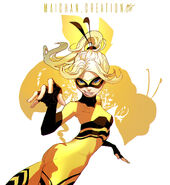 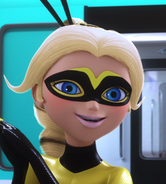 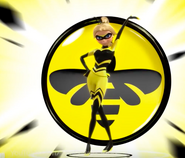 Add a photo to this gallery
Retrieved from "https://all-female-characters.fandom.com/wiki/Queen_Bee?oldid=6409"
Community content is available under CC-BY-SA unless otherwise noted.