Start a Wiki
Manon Chamack is the daughter of Nadja Chamack and a girl that Marinette babysits.

Manon is rambunctious, energetic, stubborn, and naive. She loves to have fun, but she doesn't like it when people don't keep their promises or are being unfair — whether it's in her eyes or it's true. She's also a bit capricious, getting angry when she doesn't get what she wants, and she can be disobedient at times to her mother or her babysitter. She sometimes tries to use baby doll eyes to win others over, although it doesn't always work, while she gets emotional about things she doesn't like, over time, she usually recovers from it in normal circumstances.

Manon is shown to be very brave when she participated in the Paris Rebellion in "Mayura". 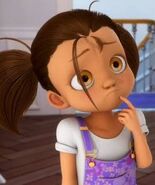 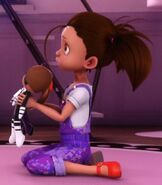 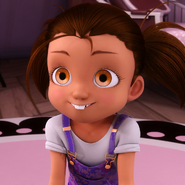 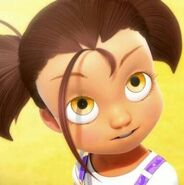 Add a photo to this gallery
Retrieved from "https://all-female-characters.fandom.com/wiki/Manon_Chamack?oldid=5277"
Community content is available under CC-BY-SA unless otherwise noted.