Start a Wiki
Lila Rossi is an Italian student in Miss Bustier's class at Collège Françoise Dupont and the tertiary antagonist of Miraculous: Tales of Ladybug & Cat Noir.

Lila is proud and loves attention, which she is willing to obtain by lying. This even means going beyond words to support her lies, like buying a necklace that looks like the Fox Miraculous to convince Adrien telling that she is a descendant of the fox-themed superhero. She gets jealous if someone gets more attention or love than her and doesn't like it when someone reveals that her lies aren't true, showing no remorse for lying in the first place. If anyone attempts to expose her, she won't hesitate to try to make them miserable or break them down just to get them out of her way. She also doesn't take advice from those who try to make peace with her or encourage her to be honest like Ladybug or Adrien.

Lila doesn't easily forgive people who she feels wronged her, as she is still furious at Ladybug for ratting her out harshly and ruining her chance to woo Adrien. Asides her lying ability, her desire for vengeance is so great that Gabriel Agreste actually decided to form a formal alliance with her, not just akumatize her.

Lila is highly deceptive and crafty, being able to manipulate people exceedingly with her lies, Tikki even remarking she's never seen someone as skilled at lying as her. She is overly fond of attention and has no qualms with how she may acquire it, leading to her making up various false tales about herself towards her peers in order to garner as much attention as possible. She seems to view no harm in these actions and possesses no remorse for them, yet can be incredibly distraught if they are exposed. Furthermore, she also seems to envy the attention others receive, quickly becoming jealous upon realizing Adrien has a crush on Ladybug and going out of her way to make him feel the same about her. She also does not forgive people whom she thinks to have wronged her easily, as shown in her refusing Ladybug's apology for her harshly exposing her lies.

Her hatred of Ladybug, in general, appears to be rather petty and undying, with her being enraged at the attention she receives and willing to grab up any opportunity to get back at her for supposedly ruining her chances with Adrien. Thus, as Volpina, she takes great joy in beating and tormenting Ladybug, gleeful in nearly succeeding at taking her Miraculous twice by exploiting her emotions. Through her usage of her powers, she can be incredibly precarious in her attempts to overcome Ladybug and Cat Noir, almost never confronting them directly and using her illusions to fool and trick them into being where she needs them to be, although her arrogance in doing so seems to match her cunning. As shown in "Catalyst (Heroes' Day - Part 1)", she seems to take pleasure in ruining Ladybug's reputation using her illusions even after being de-akumatized, showing absolutely no remorse, making her the first of Hawk Moth's victims to genuinely enjoy her actions while akumatized. Overall, Lila is vindictive, spiteful and seemingly detached from telling any sort of truth, making her one of Ladybug and Cat Noir's more clever enemies. 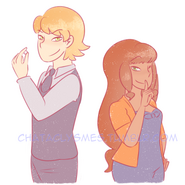 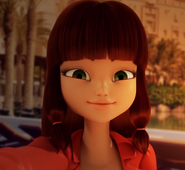 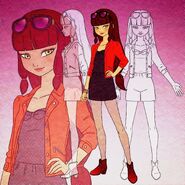 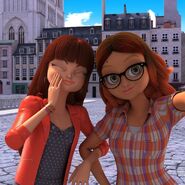 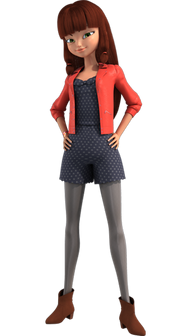 Add a photo to this gallery
Retrieved from "https://all-female-characters.fandom.com/wiki/Lila_Rossi?oldid=5652"
Community content is available under CC-BY-SA unless otherwise noted.