Indigo Zap is a supporting character in My Little Pony. She is the Pegasus version of her villainous counterpart, who is a human.

Indigo Zap is competitive and loves sports, but unlike her human counterpart, she is loyal and more likely to lose than win. She is really very loyal and loyal to her friends, especially her best friend Rainbow Dash, in which the two have in common: competition, playing games, being athletes and very fast.

Indigo Zap maintains the same personality as her pony version, but at Fanon she has some changes, like her being a coward in some difficult challenges and insecurities in playing sports that are dangerous, in which she seems to be afraid. 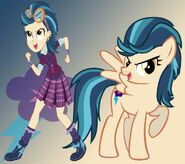 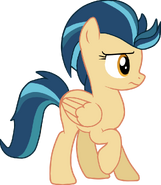 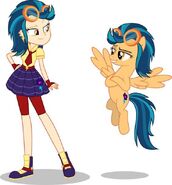 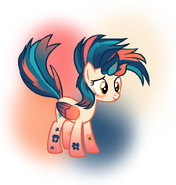 Add a photo to this gallery
Retrieved from "https://all-female-characters.fandom.com/wiki/Indigo_Zap_(Pony)?oldid=5073"
Community content is available under CC-BY-SA unless otherwise noted.