Start a Wiki
Ikari Gozen is the akumatized villainess of Tomoe Tsurugi.

As Ikari Gozen, Tomoe becomes much more aggressive and violent as she regularly performs large sword strokes without care for collateral damage and knocking aside several cars. Her aggression is so that she shows no hesitation to anything, even combating her own daughter, attempting to stomp her several times under her hooves. She believes she is well within her rights as a mother to act out and punish her child as she deems fit for disobeying her. She is also rather confident and prideful, declaring herself "as swift as the wind, as powerful as the flood, as quick as lightning." 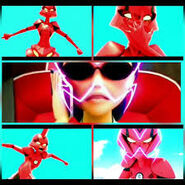 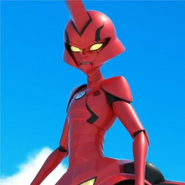 Add a photo to this gallery
Retrieved from "https://all-female-characters.fandom.com/wiki/Ikari_Gozen?oldid=5294"
Community content is available under CC-BY-SA unless otherwise noted.